What is copper loss in transformer?

How to measure copper loss in transformer?

Copper loss in the transformer is measured by the short-circuit test of transformer. For measuring copper loss first we short-circuit the transformer low voltage side. After the short circuit of LVS, a small voltage is applied on H.V side till rated current flow in L.V side. As in low voltage side maximum current flow through copper winding which is going to measured. In secondary winding, voltage is low so that core loss is negligible so we got lost which is the only copper loss. 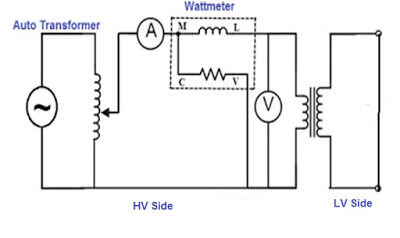 Another technique for minimizing copper loss is Vaccum Pressure Impregnation (VPI). In this technique the transformer is kept in the vacuum then high-pressure varnish is passed so that the smallest of the air gaps are also filled. Hence reducing the copper losses. You can check out the application of transformer.

Other losses in transformer

Hope you know all the related copper losses happen in the transformer. If you have any question regarding this article then feel free to ask in a comment section. Enjoy!

1 thought on “Copper Loss in Transformer | How to measure”