Here we cover topics – common collector configuration of the transistor – circuits, characteristics, applications, disadvantage, why it is called emitter-follower circuit?

As we see in the previous article, there is basically three type of transistors connections. Common emitter connection, common base connection, and common collector. Amplifier circuit can be designed by any of this type of configurations but every configuration have some advantages and applications.

We already cover CE and CB configuration in a previous article here we take a detailed article on CC configuration of the transistor.

Common collector configuration of the Transistor :-

In this type of configuration collector is common terminal between other both emitter and base terminals. Because of that, it called a common collector( CC) transistor. In our most practical life generally common emitter type transistor used mostly but in some applications this type of transistor also used. It mostly used for an impedance matching application due to their high input resistance. 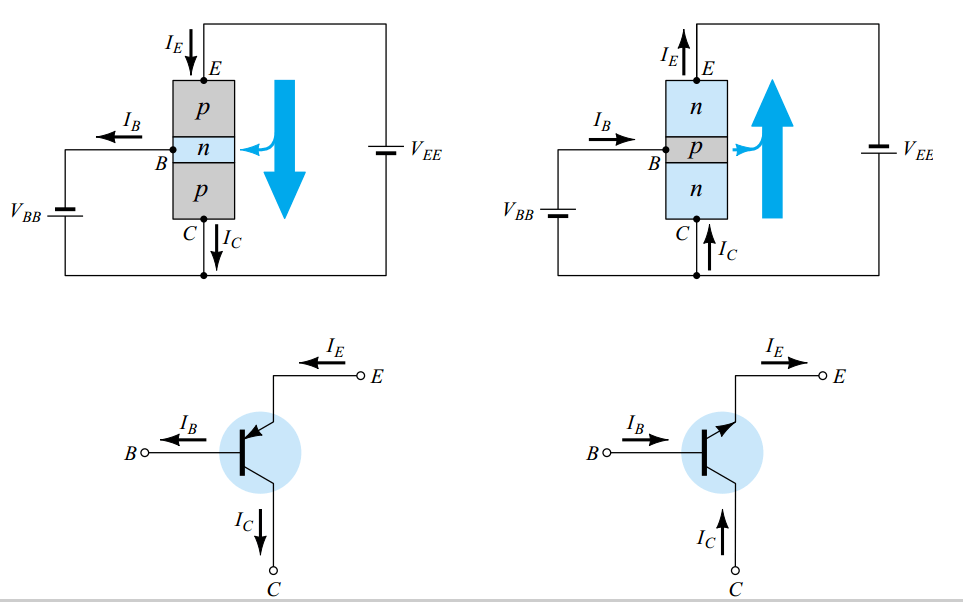 By the common collector, we can find the current amplification factor.

An expression for collector current : 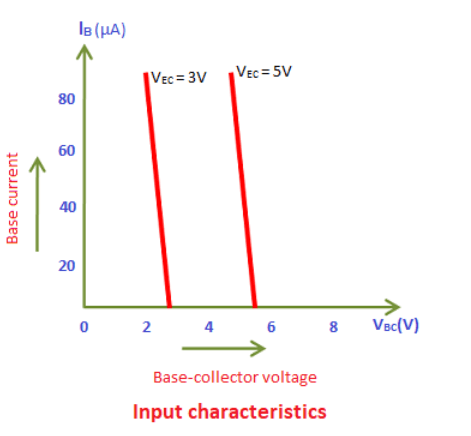 First here we take reading of base current (Ib) and base-collector voltage (Vbc) on constant Vec = 3 V. After that we take Vec= 5 V and take reading as same in previous reading.

You can see output characteristics in the above figure. Here first we take a reading of Ie and Vec at a constant base current Ib =0 μA. After that, we repeat this process for higher different constant base voltage ( Ib = 20 μA, 40μA, 60μA, 80μA, 100μA ).

In common collector circuit, if the input current is zero then output current is also zero. So, that there is no current flow in the transistor circuit. This region we can call as a cut-off region where Ib = 0 so that Ic is also zero. When the base current Ib increases collector current Ic also increases. This we can say that the transistor now falls into the active region. When base current is increased up to its limitation collector current also increase up to its last value. This region we can call as saturation region.

why common collector is not used as an amplifier?

Where Common collector circuit is used?

Why Common collector circuit is also called an emitter follower?

In common collector circuit, as we know input terminal is base and output terminal is an emitter. In this connection output value always follows the input supply voltage. Emitter value is always nearly equal to base input supply value. Hence here emitter follows base voltage so it called emitter follower circuit also. In this type of circuits, base-emitter voltage is constant and value of this voltage is 0.7 V. So the conclusion is that emitter voltage is always nearly equal to base voltage hence it called emitter follower.